The Good Cop is more than a crime show. It is a master class in detective work from Australia’s finest cop.

The best Homicide detective Australia has ever seen.

This is the story of an old-school cop who is tough, inventive and incorruptible. A man who solved the unsolvable with his head and his heart.

For many years, television companies have dreamt of doing a series with Ron Iddles. Only now have the planets aligned. Ron has just retired … and is ready to tell his story.

How did this intuitive cop put more murderers behind bars than any other Homicide detective in Australia? In “The Good Cop”, Ron Iddles shares his secrets.

Each episode will take us behind the scenes of one of Ron’s most challenging murder cases. Ron’s voice will be the backbone of the episode – his stories illustrated with compelling drama scenes, filmed in a modern crime-noir style.

Complementing Ron’s story will be powerful insights from the victims’ families, his homicide colleagues, journalists and even Ron’s informers and suspects. Many of these people have never told their story on television.

The Good Cop is more than a crime show. It is a master class in detective work from Australia’s finest cop. 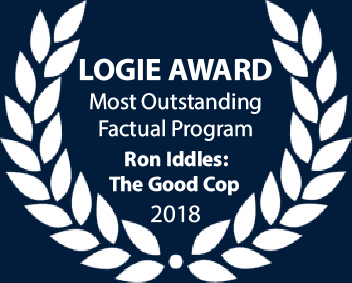