Nick is the MD and co-founder of CJZ. He has a unique and very broad background in TV – as a producer and network executive at both cable and free-to air networks. His credits span comedy, light entertainment, drama and factual production as Producer and Executive Producer. Nick is known as Mr Fix-It in the office as he is quite handy with the tools. Mr Murray also looks after the office fish tank.

Michael is CJZ’s Creative Director and co-founder. He is one of Australia’s most established producers and filmmakers with a wide range of credits as director, writer, producer and executive producer across factual and drama productions. Michael is passionate about storytelling and had an early career in journalism.

Matt is CJZ’s Group CEO. He spent 20 years in France, first as a ski instructor and then as a distributor for television programs between France and Australia and a presenter on the France 2 morning show ‘Telematin’. Matt returned to Australia initially to take up the position of Network Programmer and subsequently Director of Television and Online Content at pubcaster SBS. Prior to joining the CJZ Group, Matt was MD at Shine Australia. As a direct result of years living on snow skis, Matt avoids stairs at all cost.

Toni is CJZ’s Director of Production. Having worked in television for over twenty years, Toni has experience in a variety of television genres ranging from reality, sketch comedy, documentary and variety, to one-hour specials and daily strip shows. Toni is easily bribed with a bottle of wine and cheese.

Claire Tonkin is CJZ’s Head of Drama. Before joining CJZ she spent a decade as Drama Executive at Network Ten where she was across the development and production of the network’s drama slate. An Australian Writers’ Guild Award winner, Claire also received the 2009 Sir Peter Ustinov Television Scriptwriting Award from the International Emmy Foundation. When Claire was a teenager she and a friend accidentally created a medical research fundraiser which was an unlikely success and led to Claire introducing her mum to the Queen.

Damian is the Head of Comedy and Entertainment at CJZ and is responsible for Julia Zemiro’s Home Delivery, Mr Black, Street Smart, Life Drawing Live and Skit Happens as well as an active development slate of scripted and unscripted projects. A highly experienced producer and director, Damian has created several long running series and produced shows for all networks.  He is a published author with a Masters of Journalism. Damian doesn’t have a star sign and suspects the Beastie Boys are the most over-rated band of the last three decades.

Andrew Farrell is head of factual at CJZ. With 30 years experience in the media, In the past decade he worked at Beyond Productions with much of his output airing on US cable network Discovery Channel. Writing and producing series such as Mythbusters, Deadly Women, Behind Mansion Walls, and Still Alive (Oct 2016). In Australia his shows have aired on all commercial networks and the ABC. They include Recovery (ABC), Beyond 2000, Big Brother, My Restaurant Rules, The Mole, The AFI Awards, The Great Outdoors and Where Are They Now. Andrew had to run around the block in his underpants when Trump won the White House.

Rick has extensive experience across a surprising number of genres from factual, through light entertainment, to fully-scripted narrative series. In his early career, Rick worked for some years in the UK, and in development and production at cable operator XYZ Entertainment. At CJZ, when he is not series producing, Rick is heavily involved in development. Rick regularly hosts Monday night dinners at his house for his friends, so a good recipe book can always be found on his desk.

After more than thirty years in television, Paula Bycroft has extensive experience as an award-winning executive producer and series producer in a wide range of genres, from observational documentaries to true crime to lifestyle. Paula is one of Australia’s most experienced true crime producers, clocking up more than 80 hours of international and Australian crime series including “Deadly Women”, “Homicide with Ron Iddles” and “Ron Iddles: The Good Cop”, which won the 2019 Logie for Most Outstanding Factual Series. Paula’s other area of expertise is her ability to sing the theme tune of every 1960s and ‘70s sitcom.

Polly has been working in radio and television researching, casting and producing since 1987. Since joining Zapruder’s Other Films and through the transition to CJZ, Polly has continued her longtime love of interview- and entertainment-style programs where real conversation and smart laughs are paramount by producing all series of Enough Rope, the Gruen franchise, the Julia Zemiro’s Home Delivery series and Reality Check with Tom Ballard.

Vinessa is CJZ’s Post Production Manager. Prior to joining CJZ, Vinessa was at Beyond Productions and other Independent Production companies. She has also worked on feature films in the camera and post production departments and is about to finish her second degree, studying a bachelor of visual arts majoring in sculpture.

Ursula is the longest-serving member of the CJZ team. She started with Zapruder’s Other Films as Andrew Denton’s EA and now runs the Sydney office. She is the most patient, persuasive and perceptive team member and has a passion for restoring art deco furniture. 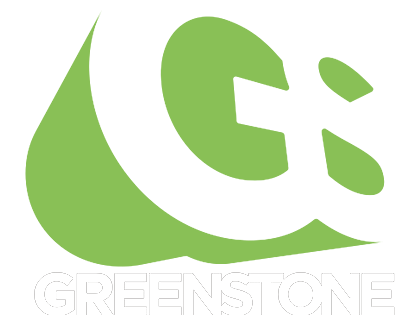 Greenstone’s CEO since 2017, Rachel has over 25 years experience across development, research and production in Aotearoa New Zealand, Australia and internationally. Inherently nosy, she began her career with a degree in journalism and has worked across a myriad of documentary, observational reality and entertainment programmes, and spent a couple of years juggling producing with the AFTRS Screen Business programme. While she’s also had stints in publishing, travel and e-commerce, TV always pulls her back. Greenstone has successfully diversified into more drama production recently, but Rachel’s experiences as a doco producer mean she’s still a firm believer that fact is stranger than fiction.