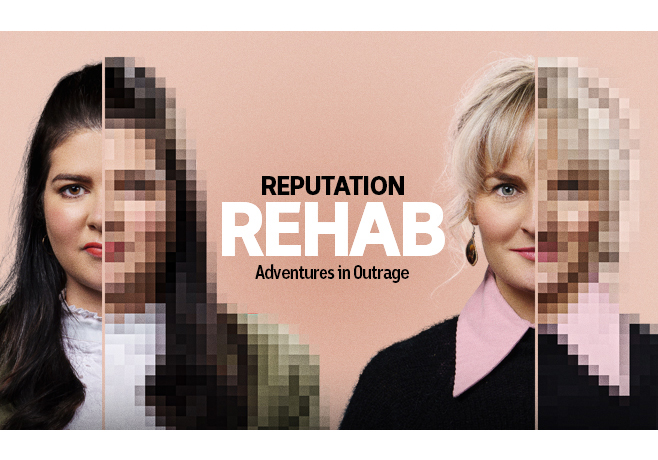 We are living in an outrage culture. Barely a week goes by without someone getting publicly crucified in a torrent of angry tweets, tabloid headlines, opinion pieces and TV punditry, for real or imagined mistakes. REPUTATION REHAB will tackle shaming head-on and break the cycle through comedy and empathy.

Each episode begins with a deep-dive into an outrage story, or a person who has endured a public shaming. Our reputation exist in the minds of others, and as such, Kirsten and Zoe will always consult with a focus group of REAL PEOPLE to find out how closely the heightened coverage aligns with their views. Kirsten and Zoe will then seek to rehabilitate the guest’s damaged reputation through interviews, media analysis and stunts which aim to reveal something genuine instead of merely shocking.

REPUTATION REHAB is a show that believes people don’t deserve to be consigned to the cultural scrapheap, most people are more than a punchline, and everyone deserves a second chance.