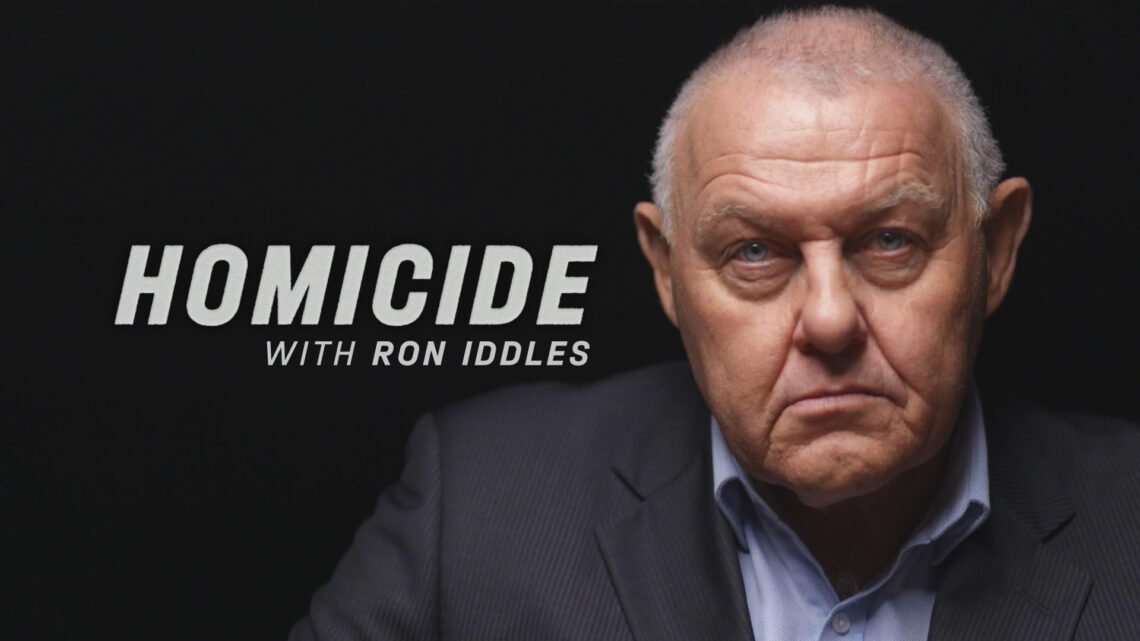 Homicide with Ron Iddles is the closest you’ll come to being the lead investigator in a murder case.

One of Australia’s greatest detectives reveals the untold stories of his most challenging cases in a compelling six-part documentary series for the Seven Network.

Homicide with Ron Iddles takes you behind the news headlines, on a minute-by-minute journey with master detective Ron Iddles as he tracks down the killers.

Ron spent 25 years investigating homicides for Victoria Police and was a familiar face on the nightly news. He worked on more than 320 homicide cases and his success rate for solving murders was unprecedented.

Known amongst his colleagues as “The Great Man”, Ron was renowned for his compassion for the victims’ families and criminals alike. His deft skills and empathy in the police interview room persuaded many a suspect to confess their crimes. As Ron says, an interview is just a conversation, a search for the truth.

In each one-hour episode of Homicide with Ron Iddles, Ron tells the intriguing story of one of his trickiest cases. The eight-year mystery of a missing teenager, the cocky armed robber who gunned down an innocent man, a femme fatale who lured lovers into a tangled web of murder, the charitable mum who vanished without a trace. Ron also seeks out fresh evidence for two unsolved homicides, in the hope of shedding new light on these cases and providing much-needed answers for the heartbroken families.

Supplementing Ron’s story will be insights from the victims’ families and friends. Many of these families have never told their story on television. We’ll also hear from the criminal prosecutors and hard-bitten journalists who covered each case.

In the cluttered world of true crime shows, it is still rare to hear the intricate details of a murder from the investigator who actually solved the crime.