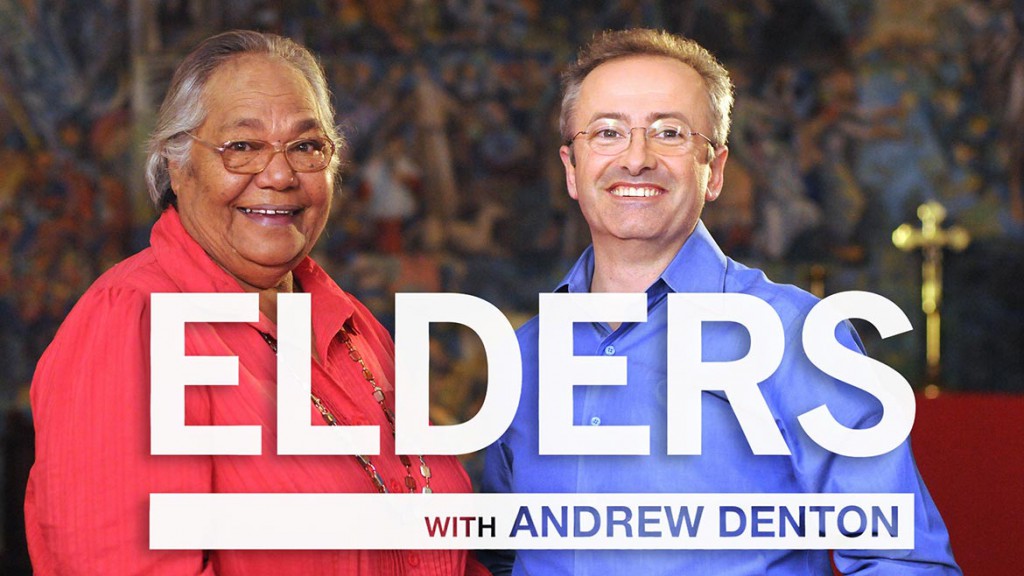 We live in a society that worships youth. On television, in magazines, in advertisements and on billboards — youth is what sells and what is sold to us. But in some cultures, it is the elders of the community who are valued and whose wisdom is sought.

Andrew Denton seeks out prominent elders of our tribe, each over the age of 65, to see what life has taught them. Elders sought to put wisdom on TV, to do in public something we are not very good at doing privately: valuing the experience of our elders.
The inspiration for the Elders series came from a quote by poet T S Eliot: “Where is the knowledge we have lost in information? Where is the wisdom we have lost in knowledge?”
Elders was conceived by Andrew and Anita Jacoby in late 2007 with Sir David Attenborough and Dame Elisabeth Murdoch signing on as soon as their participation was requested.

Bob Hawke, Isabel Allende, White House journalist Helen Thomas and Father Des Reid of Port Hedland made up the rest of the first series.The second series featured Alan Alda, Clive James, Richard Dawkins, Rosalie Kunoth Monks, Helen Bamber and Muhammad Yunus.
The Elders interviews do not seek to be a forensic examination of a life well lived. Rather, they are an exploration of our subjects’ formative experiences, the lessons that have been learned over a lifetime and the values they have to come to cherish most.
Generic questions were asked of each of them: When have you failed? How do you define success? Are you hopeful for the future of mankind? The responses are both surprising and illuminating. When asked what he sees when he looks in the mirror, Clive James tells Andrew he stills sees himself as the awkward school boy while Alan Alda’s first response is simply ‘less hair’!

Sleek Geeks
Vitamania
Go Back To Where You Came From – Live
Cruising: The Biggest Storm