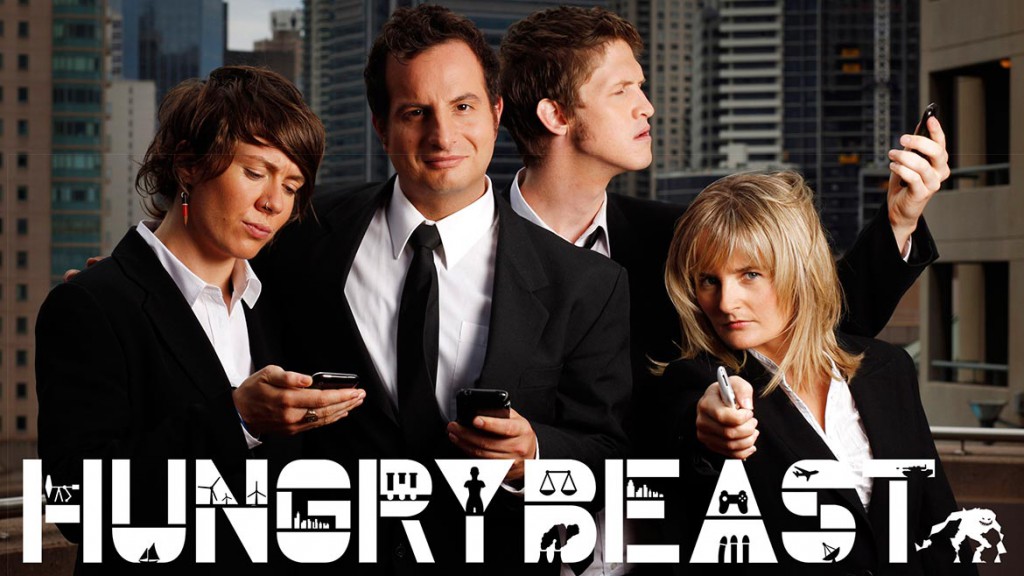 Hungry Beast is a weekly, topical news program that covers everything from the silly, to the serious, to somewhere in between; always from a different perspective.

19 young cage-rattlers were originally selected from around Australia and given a single editorial instruction: “Tell us something we don’t know”. Rather than having a strict format, the show began as a blank canvas, with the final shape evolving alongside the team that had been assembled.

As a result, prior to Hungry Beast’s debut, executive producer, Andrew Denton, described it as “unclassifiable” due to the chaotic nature of the work, likening the show’s format to the internet.

With stories as diverse as the Google Beast File, Avatar Two, The Great Pigeon Race and the Gang of 49, which was also nominated for a prestigious Walkley Award for coverage of Indigenous Affairs, Hungry Beast is eclectic, relevant and passionate.